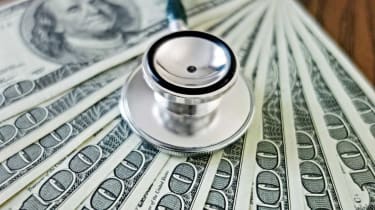 The concept was designed to benefit working individuals and families. Unfortunately for most, it hasn’t worked as intended. For many Americans between 40 and 65, the Post-Covid economy is likely to make things even worse.

To sweeten the deal, the government approved tax-advantaged Health Savings Accounts (HSAs). Individuals would contribute dollars to their individual HSA on a pre-tax basis. When withdrawn for medical expenses the money would not be taxed.

So what’s the problem? And why will a post-COVID economy likely make the situation worse for many working-age Americans?

Since their introduction, high deductible health plans have increased dramatically in acceptance. Among adults between ages 16 and 64 who have employment-based health coverage, the percentage enrolled in a traditional health plan decreased from 85% to 57% according to the U.S. Department of Health and Human Services. Meanwhile, some 19% have an HDHP coupled with an HSA. One in four (24.5%) have a High Deductible Plan without the tax-advantaged savings benefit of an HSA.

Without question, those with no or few medical issues during each year benefit from the money saved by selecting a high-deductible plan.

The same is not true for many of those who have more serious medical needs. Many of us are one diagnosis away from the most significant financial crisis. Consider that one American adult is diagnosed with cancer every 21 seconds and another has a heart attack every 40 seconds. Add to that accident, pregnancies, diabetes, and now, of course, the Covid-19 virus.

Individuals are likely to be impacted in three ways when they experience any serious health issue. First, they are likely to reach their health plan deductible. Second, they will likely face meeting out-of-pocket maximums. Finally, they are likely to find not all health-related costs (including the medications prescribed) are going to be covered by their insurance plan.

Here are some hard facts. For individuals covered under an HSA-Qualified HDHP plan, the ‘average’ annual deductible is $2,476 for single coverage and $4,673 for family coverage. The ‘average’ out-of-pocket maximum is $ 4,492 per covered plan participant. The word average is placed in quotes because the IRS defines a high deductible health plan as any plan where the total yearly out-of-pocket expenses (including deductibles, copayments, and coinsurance) can’t be more than $6,900 for an individual or $13,800 for a family.

The plan would work when individuals contribute at least that amount to their Health Savings Plan. Unfortunately, that’s not the case.

While maximum contribution amounts for 2020 are $3,550 for self-only and $7,100 for families, few contribute the maximum. For those with accounts open for one year, the average individual HSA contribution was $1,166, according to the Employee Benefits Research Institute. In 2018, the average HSA balance was $2,803.

With the majority of working-age adults between 40 and 65 diagnosed aware of a serious financial emergency, an alternative way to plan is warranted.

Today some five million Americans have purchased critical illness insurance according to the 2020 industry analysis by the American Association for Critical Illness Insurance (AACII). Some 1.5 million individuals purchase coverage annually, most through their employer-offered coverage.

A modest amount of coverage can be an affordable way to ensure sufficient funds beyond those in your health savings account. Today, the better ci insurance plans offer both cancer-only as well as comprehensive critical illness insurance coverage. The latter pays a lump-sum cash benefit not just for cancer diagnosis but for conditions like heart attack, stroke, and organ transplants.

For a 45-year-old male who doesn’t use tobacco products, a $10,000 cancer-only benefit will cost around $50-to-$60 yearly. Women tend to pay more (around $ 85 per year) because of the heightened risk of breast cancer.

Most critical illness insurance purchases tend to be modest. In 2020, AACII reported that the average of policies purchased through employers ranged from $12,961 to $15,408. While one can always argue in favor of more insurance, this modest approach to planning is both affordable and sound.

A Harvard University study found that two-thirds of bankruptcies were linked to medical and health-related bills. Most of those filing for bankruptcy were middle class and had health insurance. Hospital bills were the largest single expense for about half of all medically bankrupt families; prescription drugs were the largest expense for 18.6 percent.

A modest cancer-only or critical illness insurance policy makes enormous financial sense for those with a high-deductible health plan. This is especially true for those in their 40s, 50s, and young 60s prior to Medicare eligibility. For a few dollars a week, you can be assuring yourself the peace of mind that you’ll be able to focus on your recovery rather than worrying about a mounting pile of unpaid bills.

According to the Cost Calculator hosted by the Association, a 45-year-old woman would pay around $82 yearly for a cancer insurance policy as a non-tobacco user. A same aged woman would pay around $108 yearly if she used tobacco products. Many companies offer employer critical illness insurance coverage and comparing policies can help you get better coverage for less money.