To help you better understand what can sometimes be a confusing industry. 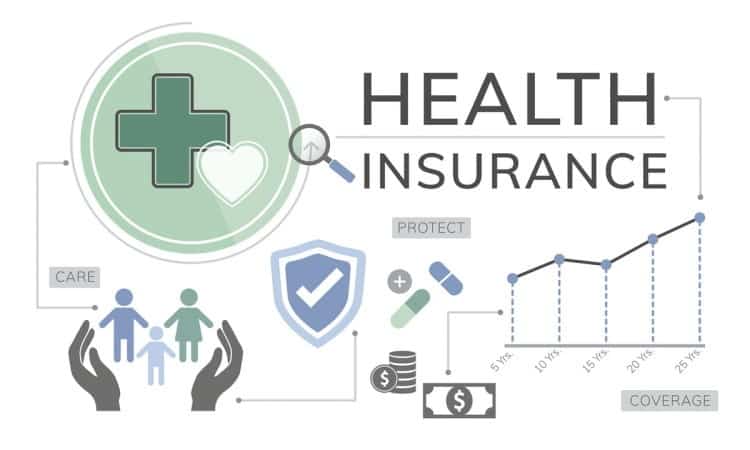 In February 2002, the Federal Government’s Interdepartmental Committee on Employment-based Health Insurance Surveys approved the following set of definitions for use in Federal surveys collecting employer-based health insurance data. The BLS National Compensation Survey currently uses these definitions in its data collection procedures and publications. These definitions will be periodically reviewed and updated by the Committee.

ASO (Administrative Services Only) – An arrangement in which an employer hires a third party to deliver administrative services to the employer such as claims processing and billing; the employer bears the risk for claims.

Coinsurance – A form of medical cost sharing in a health insurance plan that requires an insured person to pay a stated percentage of medical expenses after the deductible amount, if any, was paid.

Copayment – A form of medical cost sharing in a health insurance plan that requires an insured person to pay a fixed dollar amount when a medical service is received. The insurer is responsible for the rest of the reimbursement.

Deductible – A fixed dollar amount during the benefit period – usually a year – that an insured person pays before the insurer starts to make payments for covered medical services. Plans may have both per individual and family deductibles.

Flexible spending accounts or arrangements (FSA) – Accounts offered and administered by employers that provide a way for employees to set aside, out of their paycheck, pretax dollars to pay for the employee’s share of insurance premiums or medical expenses not covered by the employer’s health plan. The employer may also make contributions to a FSA. Typically, benefits or cash must be used within the given benefit year or the employee loses the money. Flexible spending accounts can also be provided to cover childcare expenses, but those accounts must be established separately from medical FSAs.

Flexible benefits plan (Cafeteria plan) (IRS 125 Plan) – A benefit program under Section 125 of the Internal Revenue Code that offers employees a choice between permissible taxable benefits, including cash, and nontaxable benefits such as life and health insurance, vacations, retirement plans and child care. Although a common core of benefits may be required, the employee can determine how his or her remaining benefit dollars are to be allocated for each type of benefit from the total amount promised by the employer. Sometimes employee contributions may be made for additional coverage.

Fully insured plan – A plan where the employer contracts with another organization to assume financial responsibility for the enrollees’ medical claims and for all incurred administrative costs.

Gatekeeper – Under some health insurance arrangements, a gatekeeper is responsible for the administration of the patient’s treatment; the gatekeeper coordinates and authorizes all medical services, laboratory studies, specialty referrals and hospitalizations.

Group purchasing arrangement – Any of a wide array of arrangements in which two or more small employers purchase health insurance collectively, often through a common intermediary who acts on their collective behalf. Such arrangements may go by many different names, including cooperatives, alliances, or business groups on health. They differ from one another along a number of dimensions, including governance, functions and status under federal and State laws. Some are set up or chartered by States while others are entirely private enterprises. Some centralize more of the purchasing functions than others, including functions such as risk pooling, price negotiation, choice of health plans offered to employees, and various administrative tasks. Depending on their functions, they may be subject to different State and/or federal rules. For example, they may be regulated as Multiple Employer Welfare Arrangements (MEWAs).

Managed-care plans – Managed care plans generally provide comprehensive health services to their members, and offer financial incentives for patients to use the providers who belong to the plan. Examples of managed care plans include:

Managed care provisions – Features within health plans that provide insurers with a way to manage the cost, use and quality of health care services received by group members.

Examples of managed care provisions include:

Maximum plan dollar limit – The maximum amount payable by the insurer for covered expenses for the insured and each covered dependent while covered under the health plan.

Medical savings accounts (MSA) – Savings accounts designated for out-of-pocket medical expenses. In an MSA, employers and individuals are allowed to contribute to a savings account on a pre-tax basis and carry over the unused funds at the end of the year. One major difference between a Flexible Spending Account (FSA) and a Medical Savings Account (MSA) is the ability under an MSA to carry over the unused funds for use in a future year, instead of losing unused funds at the end of the year. Most MSAs allow unused balances and earnings to accumulate. Unlike FSAs, most MSAs are combined with a high deductible or catastrophic health insurance plan.

Multiple Employer Welfare Arrangement (MEWA) – MEWA is a technical term under federal law that encompasses essentially any arrangement not maintained pursuant to a collective bargaining agreement (other than a State-licensed insurance company or HMO) that provides health insurance benefits to the employees of two or more private employers.

Some MEWAs are sponsored by associations that are local, specific to a trade or industry, and exist for business purposes other than providing health insurance. Such MEWAs most often are regulated as employee health benefit plans under the Employee Retirement Income Security Act of 1974 (ERISA), although States generally also retain the right to regulate them, much the way States regulate insurance companies. They can be funded through tax-exempt trusts known as Voluntary Employees Beneficiary Associations (VEBAs) and they can and often do use these trusts to self-insure rather than to purchase insurance policies.

Other MEWAs are sponsored by Chambers of Commerce or similar organizations of relatively unrelated employers. These MEWAs are not considered to be health plans under ERISA. Instead, each participating employer’s plan is regulated separately under ERISA. States are free to regulate the MEWAs themselves. These MEWAs tend to serve as vehicles for participating employers to buy insurance policies from State-licensed insurance companies or HMOs. They do not tend to self-insure.

Multi-employer health plan – Generally, an employee health benefit plan maintained pursuant to a collective bargaining agreement that includes employees of two or more employers. These plans are also known as Taft-Hartley plans or jointly-administered plans. They are subject to federal but not State law (although States may regulate any insurance policies that they buy). They often self-insure.

Premium – Agreed upon fees paid for coverage of medical benefits for a defined benefit period. Premiums can be paid by employers, unions, employees, or shared by both the insured individual and the plan sponsor.

Premium equivalent – For self-insured plans, the cost per covered employee, or the amount the firm would expect to reflect the cost of claims paid, administrative costs, and stop-loss premiums.

Reinsurance – The acceptance by one or more insurers, called reinsurers or assuming companies, of a portion of the risk underwritten by another insurer that has contracted with an employer for the entire coverage.

Self-insured plan – A plan offered by employers who directly assume the major cost of health insurance for their employees. Some self-insured plans bear the entire risk. Other self-insured employers insure against large claims by purchasing stop-loss coverage.

Some self-insured employers contract with insurance carriers or third party administrators for claims processing and other administrative services; other self-insured plans are self-administered. Minimum Premium Plans (MPP) are included in the self-insured health plan category. All types of plans (Conventional Indemnity, PPO, EPO, HMO, POS, and PHOs) can be financed on a self-insured basis. Employers may offer both self-insured and fully insured plans to their employees.

Stop-loss coverage – A form of reinsurance for self-insured employers that limits the amount the employers will have to pay for each person’s health care (individual limit) or for the total expenses of the employer (group limit).

Third-party administrator (TPA) – An individual or firm hired by an employer to handle claims processing, pay providers, and manage other functions related to the operation of health insurance. The TPA is not the policyholder or the insurer.

Usual, customary, and reasonable (UCR) charges – Conventional indemnity plans operate based on usual, customary, and reasonable (UCR) charges. UCR charges mean that the charge is the provider’s usual fee for a service that does not exceed the customary fee in that geographic area, and is reasonable based on the circumstances. Instead of UCR charges, PPO plans often operate based on a negotiated (fixed) schedule of fees that recognize charges for covered services up to a negotiated fixed dollar amount.

Definitions from other Federal agencies and surveys, such as:

Glossaries and informational papers from websites such as:

Personal communications with staff from some of the data sources cited above.